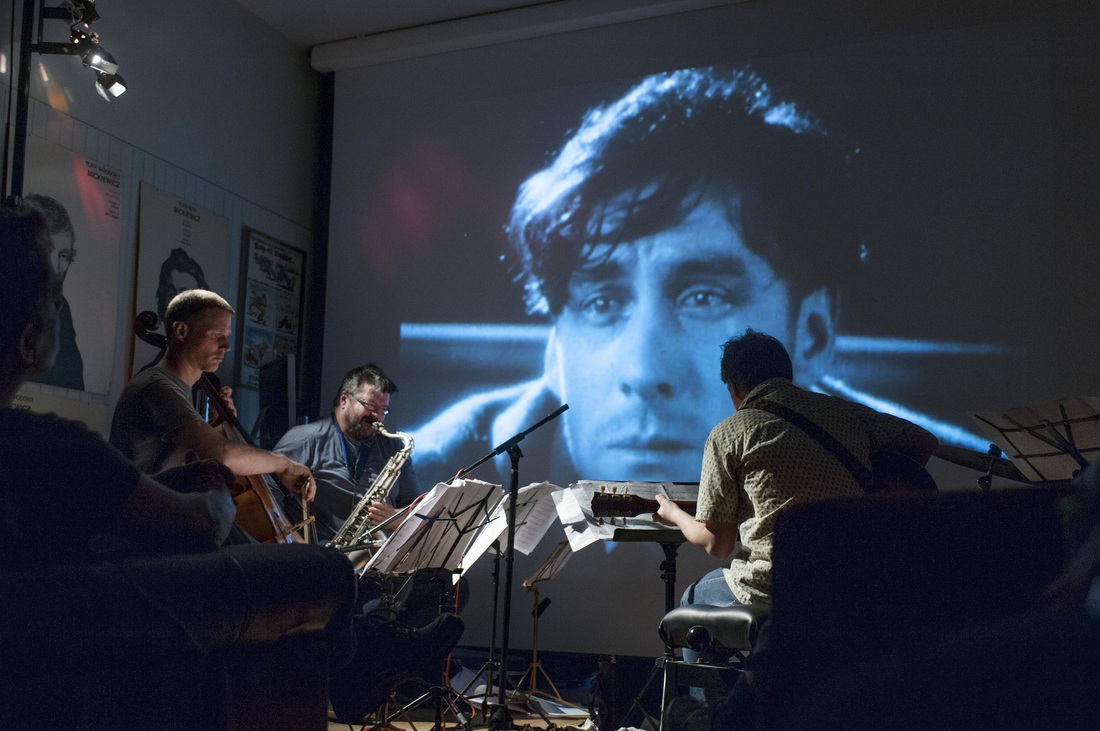 “The first half of the evening was impressive, but the second half produced some of the most beautiful music and masterful playing that this reviewer has ever had the pleasure to hear. “ Jennie Macfie

Award winning Guitarist and Composer Graeme Stephen tours his Silent Film Scores with some of the most adventurous and talented musicians in the UK. His scores take influence from Folk, Jazz and Classical music giving these classic films a fresh, exciting update.

His band features some of the most adventurous and talented musicians from the UK.

London based Cellist Ben Davis is known for his Mercury Prize winning group “Basquiat Strings”. Phil and Tom Bancroft play with their group Trio AAB and are in demand on the UK scene.

The group will perform Graemes score to a screening of the classic Silent Film “Nosferatu”  One of the most iconic silent horror films from the 1920’s created by the German Expressionist Film Maker F’W Murnau.

This tour will promote the release of a new double CD of Graemes silent film scores.

This Tour is supported by Creative Scotland

“Guitarist Graeme Stephen has emerged as one of the most adventurous musicians on the Scottish jazz scene in recent years, and this recording cements that reputation.” – Kenny Mathieson, Scotsman