Here and Now is a Scottish/Canadian storytelling celebration of life and death.

Created by Alexandria Patience in Canada, to be performed at the Equinox Vigil on September 20th 2014 at Union Cemetery, Calgary and to return to Scotland. The stories of the ‘residents’ of Union Cemetery will cover fascinating territory of Calgary’s history; from the first settlers to the area - a high percentage of whom were Scots immigrants - right up to the present day. The stories are of real people who made new lives for themselves and Alex tells those real stories linked to traditional Scottish stories.

HERE  - relates to being ‘here’ but understanding the connection to the lives of those who are now dead – those we love and to those whom we feel connections of other kinds.

stories can be left behind.

During the performance in Calgary, footage was shot of the general publics ‘stories’ of those they’d lost and this will be incorporated into the performance. There will be an option for the ‘shared stories’ to be recorded at each performance event. For the Scottish performances the musician will be multi-instrumentalist, Donald McNeill.

Alexandria Patience is an interdisciplinary artist with a background in theatre practise. Her focus is in story & in creating engaging indoor &

outdoor events and integrating community involvement. Alex lived in Calgary & Banff for many years but is currently living in Portskerra in the Far North of Scotland.

Funding credit to create the work: Canada Council for the Arts 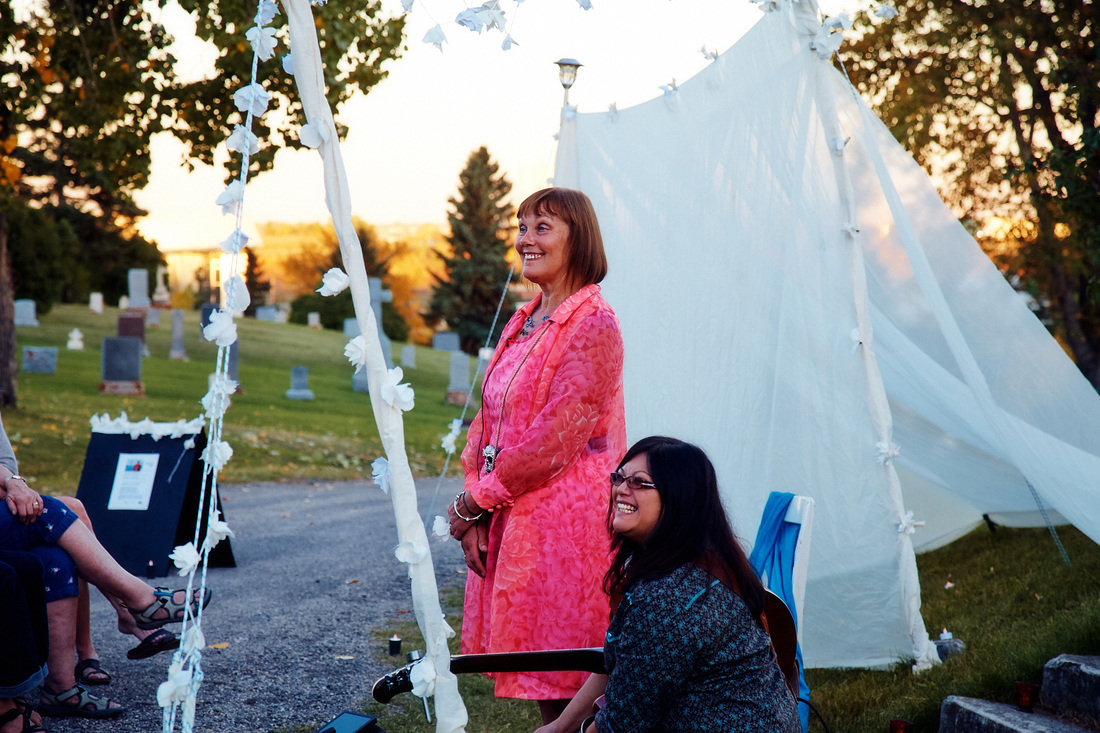 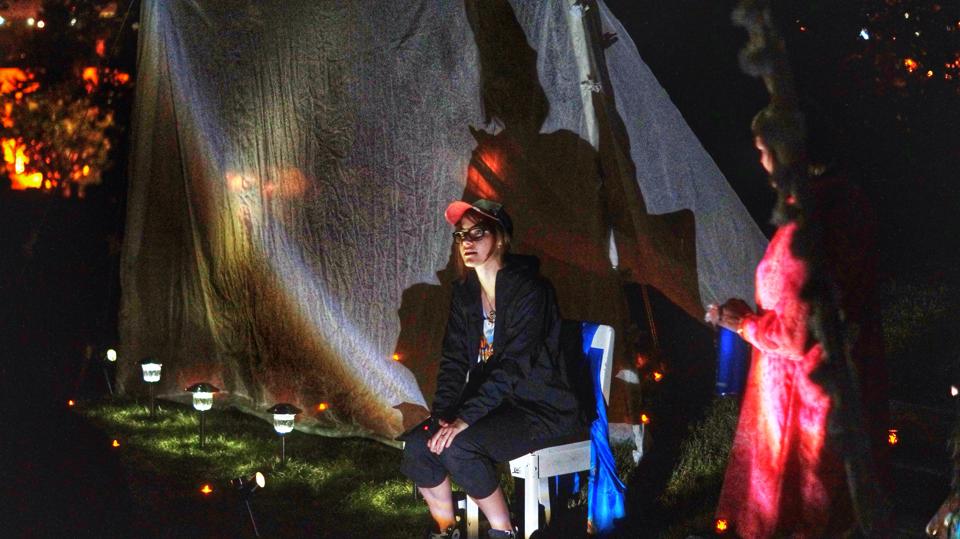 Member of the public telling their story during Here and Now, at the 2014 Equinox Vigil, Calgary, Canada. Alex Patience to R.