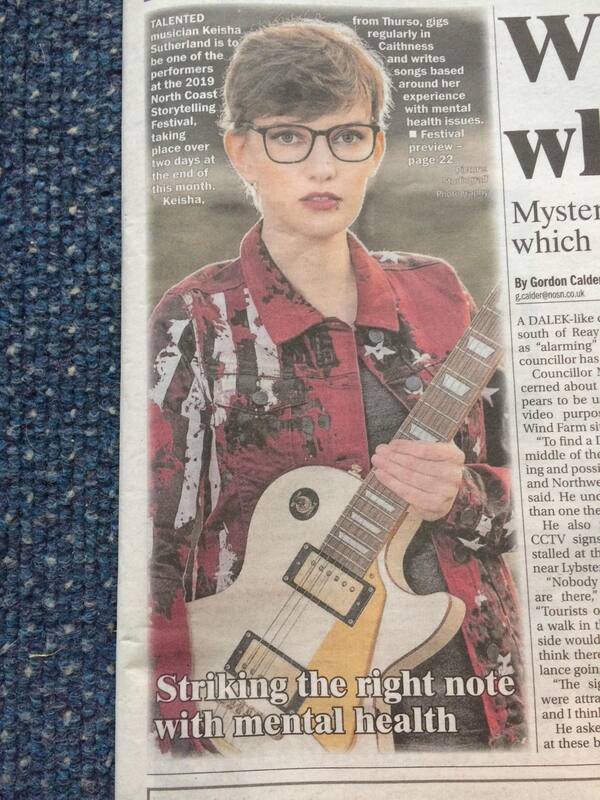 Each night has different stories and local guests. A range of local musicians & singers will be performing both nights, in Gaelic and Scots:
​
Keisha Sutherland
“I am local to Thurso and began pursuing music in 2015 after spending a month in hospital. I had bad anxiety and found it very difficult to leave my house or socialise with anyone. My Dad dragged me along to a music group one Sunday, and now I gig regularly in Caithness and write songs based around my experience with mental health issues. I hope that using my music as a “storytelling” platform will help others feel less alone and more understood, like it did for me.

I have a focus on blues and jazz music, jazz especially sounds magical on a ukulele in my opinion. I’m often told after gigs that it’s unusual and unexpected to hear blues upon a ukulele and I definitely take pride in that. Blues is mostly associated with piano, guitars and brass, I love being able to showcase just how versatile and easy listening blues, and jazz, can be. Another thing I’m told very often is, “you have a big voice for such a small person.”

In the future, I hope to continue to use music as a means of communication and expression. Being able to sing and perform is freeing to me in a way that nothing else can ever be. As long as I am able to continue doing that without losing the joy behind it, I’ll be content; but gigging in a few jazz bars would definitely be a treat! “ 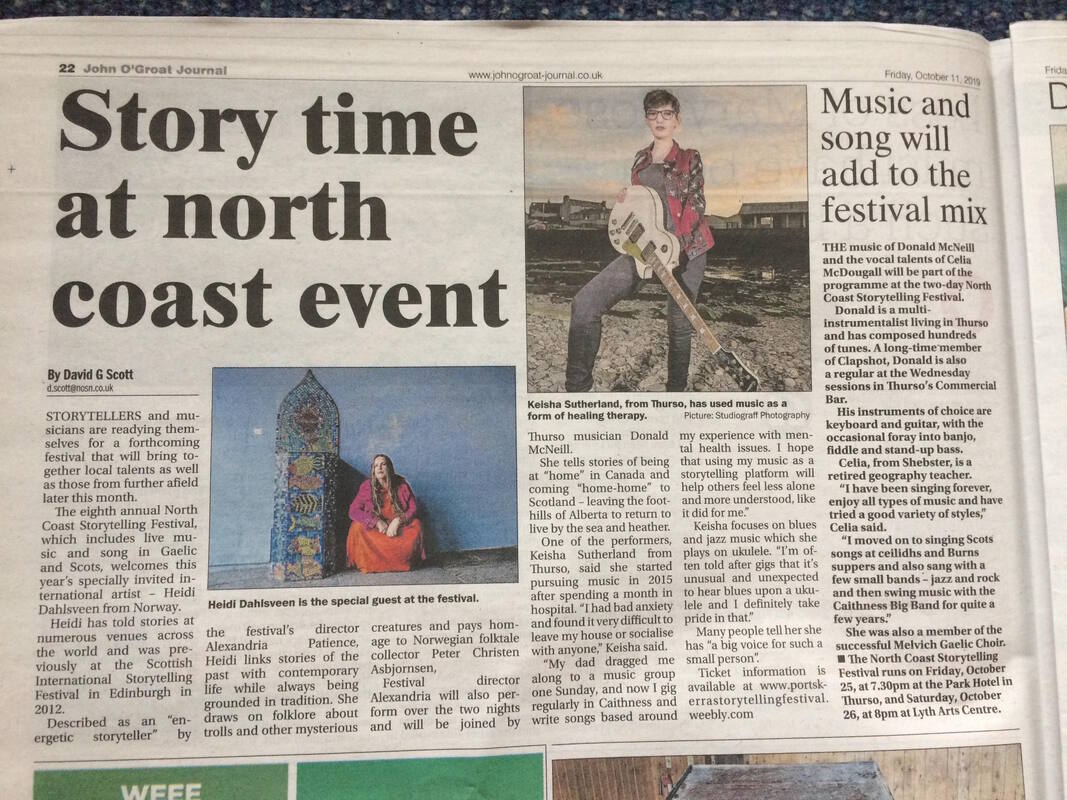 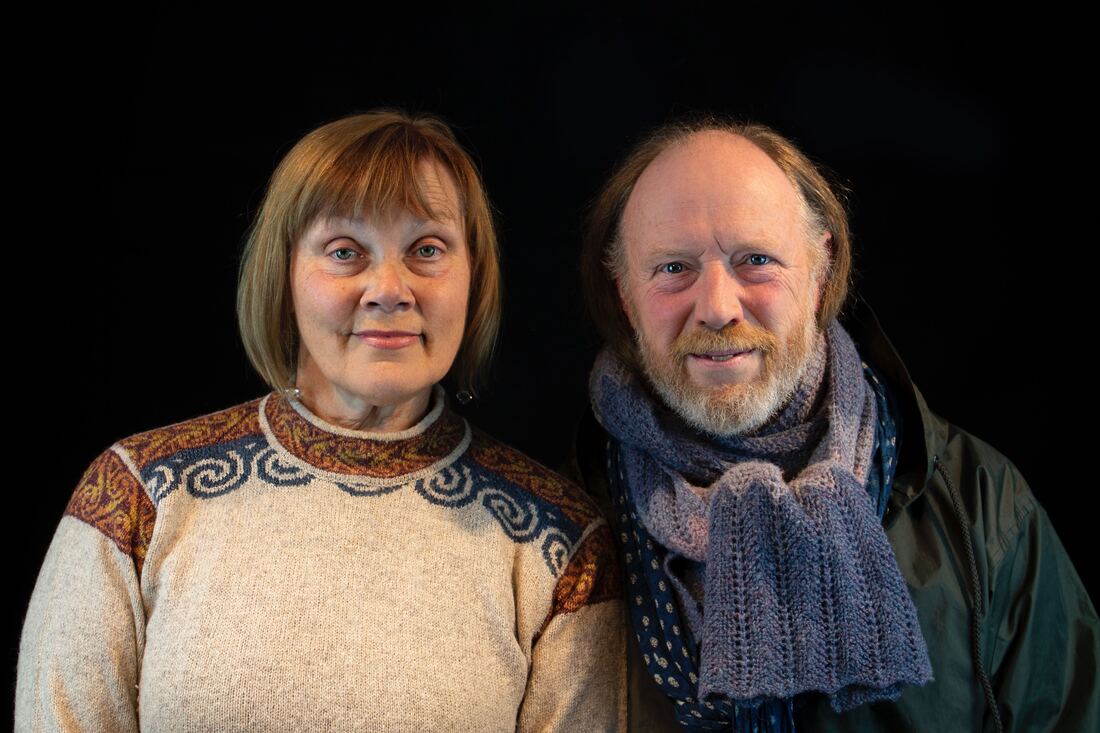 Storyteller Alexandria Patience from Portskerra and Thurso musician Donald McNeill, will join the story sharing on both nights, telling stories of the local area and experiences of the North with live music.
​​
Alexandria Patience  is the North Coast Storytelling Festival director. Alex is a performer and theatre maker as well as a festival creator. Her performancetells the stories of being at ‘home’ in Canada and coming ‘home-home’ to Scotland. Leaving the foothills of Alberta to return to live by the sea and heather.She is also the Creative Associate with Lyth Arts Centre and has just recently returned from a trip to Canada where she and Lyth Arts Centre co-director, Charlotte Mountford, were meeting with rural theatre company, Pat the Dog Creation, of Kitchener, Ontario and attending the Impact Festival of International theatre.  This Scotland/Canada collaboration is funded by the British Council New Conversations fund.

Alex is also performing at the Scottish International Storytelling Festival in Edinburgh on Saturday October 19th Canada Home: Scotland Home Home 6:30 - 7:30pm at the Storytelling Centre; and on Sat October 19th Open Hearth with First Nations Canadian storyteller,  Joseph Naytowhow and hosted by storyteller Beverly Bryant, also at the Scottish Storytelling Centre in Edinburgh.
https://www.sisf.org.uk/wp-content/uploads/sites/6/2019/09/SISF-2019-Programme_Final.pdf
Donald McNeill is a multi-instrumentalist living in Thurso and long-time resident of the North. He has composed 100’s of tunes. A longtime member of Clapshot and of the 20 year musicians session that plays in The Commercial in Thurso on a Wednesday evening. He also performs regularly in the band with Andy Williamson and with Alice Riddle and the Coolers.  His instruments of choice are the keyboard and the guitar, with the occasional foray into banjo, fiddle and stand-up bass.
Storytellers Heidi Dahlsveen from Norway and Alexandria Patience from Portskerra and Thurso musician Donald McNeill, will join the story sharing on both nights, telling stories of the local area and experiences of the North with live music. The other local artist will generally be performing on one night. If interested in seeing a specific artists please call or email for details.
Call Alex 07599760798  e: northtuath@yahoo.co.uk

“I’m from Edinburgh but I’ve lived in Caithness for most of my life
A retired Geography teacher who is interested in landscapes and all land uses past and present and the cultural landscapes created by people – often as told in traditional songs.

Have been singing forever --- enjoy all types of music and have been lucky to have a go at a good variety of styles.  Initially sang in school choirs, choral societies then musical shows with Thurso Players, including Gilbert & Sullivan and Pantomimes, which involved solo pieces.

Moved on to singing Scots songs at Ceilidhs and Burns Suppers and also sang with a few small bands – jazz and rock and then swing music with the Caithness Big Band for quite a few years. Have been a member of Melvich Gaelic Choir and enjoyed many Local and National Mòds and have also taken part in the solo competitions.

In more recent years, I’ve not been doing much singing but returning to my first and best love--- unaccompanied singing in Scots and Gaelic --- songs which always have a story to tell.”